Diamonds – A Symbol Of Love And Romance 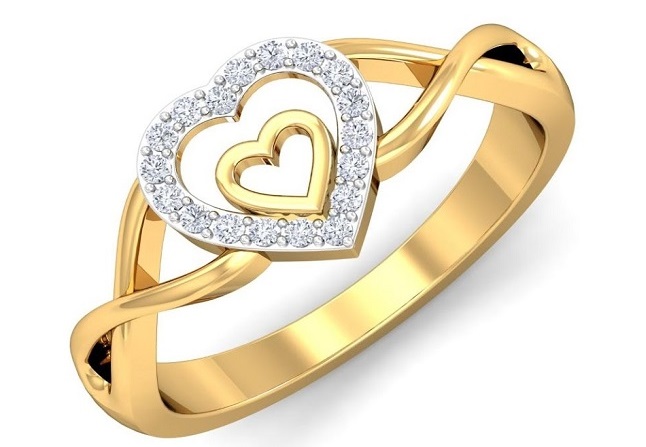 The meaning of the word Diamond – very hard native crystalline carbon valued as a gem, not a very glamorous description of something so beautiful.

The word “diamond” comes from the Greek word “Adams,” meaning unconquerable. Diamonds are the hardest known substances on earth being one hundred and forty times harder then its nearest equal., which is how they earned their name. Because of their strength, they were initially used for such purposes as engraving other gems, such as sapphire, cameos, and for drilling holes in hard stone beads. In France in the thirteenth century only the king could wear diamonds. They were not used as jewellery in Europe until the late 13th century.

They were born about 3.4 billion years ago and only became available to man through volcanic eruption about 70 million years ago. Not all diamonds mined are of gem quality, only about 50%.

Even fewer are large enough to be polished into diamonds that are much bigger than the head of a match.

Before the sixth century India was the only known source of diamond and the predominant source for over 2,000 years, until the mid eighteenth century. Romans inherited the belief from Indian mythology. that diamonds had the power to ward off evil and wore talismans.

In Greek mythology diamond were said to be tears of the Gods. Whatever the meaning the evolution of this dazzling jewelry is awesome. Who would believe that one of the softest materials on earth, carbon, changes into a beautiful sparkling diamond? Mind you this happens between 75 to 120 miles below the earth’s surface.

Often said to be a girl’s best friend. You can understand why, they have adorned kings, queens, and movie stars, dazzled us all by their beauty and when fashioned into an engagement or eternity ring the diamond becomes a symbol of love, romance and commitment. Although diamonds are perceived as a white colorless gem, they actually come in a spectrum of colour, these are called “fancies”.

Diamonds are measured in Carat-weight. The standard measurement for diamond size is equal to 200 milligrams. A good one-carat diamond is one in a million. It takes 250 tons of ore to retrieve a 1ct diamond (cut weight), awesome statistics that is why it takes several years of training before an apprentice is authorised to cut 1ct diamonds. Cutting diamonds, as you would imagine is a highly skilled and specialised occupation.

Unlike gold diamonds don’t carry a hallmark and that is why in order to guarantee quality you can buy a certified diamond.

Being certified by an independent laboratory the quality and characteristics of your diamond are guaranteed. The report should confirm that:

Diamonds are for eternity. A sign of wealth they can be passed from generation to generation growing in value never losing their appeal and bonding the link between past and future. Who wouldn’t want to be the proud owner of such a formidable piece of dazzling beauty?