T-Shirts: Not Your Grandfather’s Undergarments 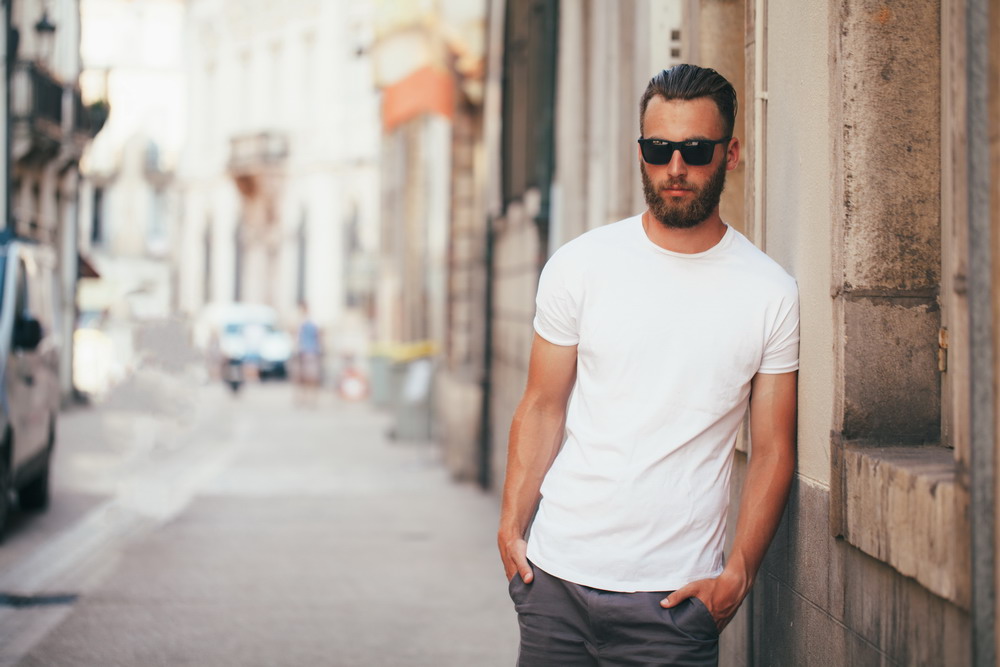 A look at the history of T-shirts reveals that they were originally undergarments worn by factory workers and military personnel. In fact, the very first T-shirts were no shirts at all. They were the upper portion of jumpsuits that had been cut by factory workers to give themselves something cooler to work in.

At any rate, our grandfathers wore T-shirts only as undergarments. Many people still wear them that way today. But many more do not. Today’s T-shirt is a standalone piece of apparel that people wear for all sorts of occasions.

Perhaps you are wondering how T-shirts made the transition from undergarment to outerwear. That transition began in the 1950s when actors Marlon Brando and James Dean made it cool to wear T-shirts all by themselves. Brandon wore one in A Streetcar Named Desire while James Dean followed up in Rebel without a Cause.

The stir created by these two mainstream films suddenly made it socially acceptable to wear T-shirts as standard clothing. And yet, they were still just plain white. There was no such thing as a graphic tee back then. Heck, it was shocking enough to see men walking down the street in garments that were previously only allowed underneath collared shirts.

The 1960s introduced the world to graphic tees designed to spread political messages. Republican presidential candidate Thomas Dewey is largely credited with creating the very first political T-shirt bearing the slogan “Do It with Dewey”.

By the late 1960s and early 70s, event promoters were printing T-shirts to sell at rock concerts. Band tees were showing up in record stores and clothing outlets. Meanwhile, souvenir shops in tourist destinations figured out they could make money in the T-shirt market as well.

The venerable tee continued evolving throughout the late 1970s and into the early 80s. By the mid-1980s, graphic T-shirts were out and plain tees were back in – but with a twist. The new plain tees came in all sorts of pastel colours. They became a fashion statement as people began pairing them with sports jackets and casual skirts.

T-shirts as a fashion accessory continued through the 80s and into the 1990s before dying out. Then the industry suddenly found itself back where it had been 15 years earlier. T-shirts were once again a messaging platform. That is where we are today.

T-Shirts in the Modern Era

The T-shirts of the 2000s are all-purpose garments with very few boundaries. Again, they are no longer just undergarments. You can wear T-shirts as undergarments if you choose, but you can also wear them as standalone garments or combined with an unbuttoned collared shirt.

Today’s T-shirts are considered both casual and formal wear depending on how you use them. And as for the messaging, literally, nothing is off the table. If you can think of a message you want to put on a shirt, somewhere there is a T-shirt printer who will make it for you.

With that in mind, custom-designed T-shirts are all the rage these days. Companies like Oakland’s Five Dollar Tees rely on as many as five different printing methods to create just the right T-shirt for each and every customer. From funny T-shirts to those that promote a political point of view, printers can produce just about anything you want.

More than 100 years ago, factory workers looking for a quick and easy way to cool down invented the precursor of the T-shirt. They probably had no idea what their invention would ultimately become.